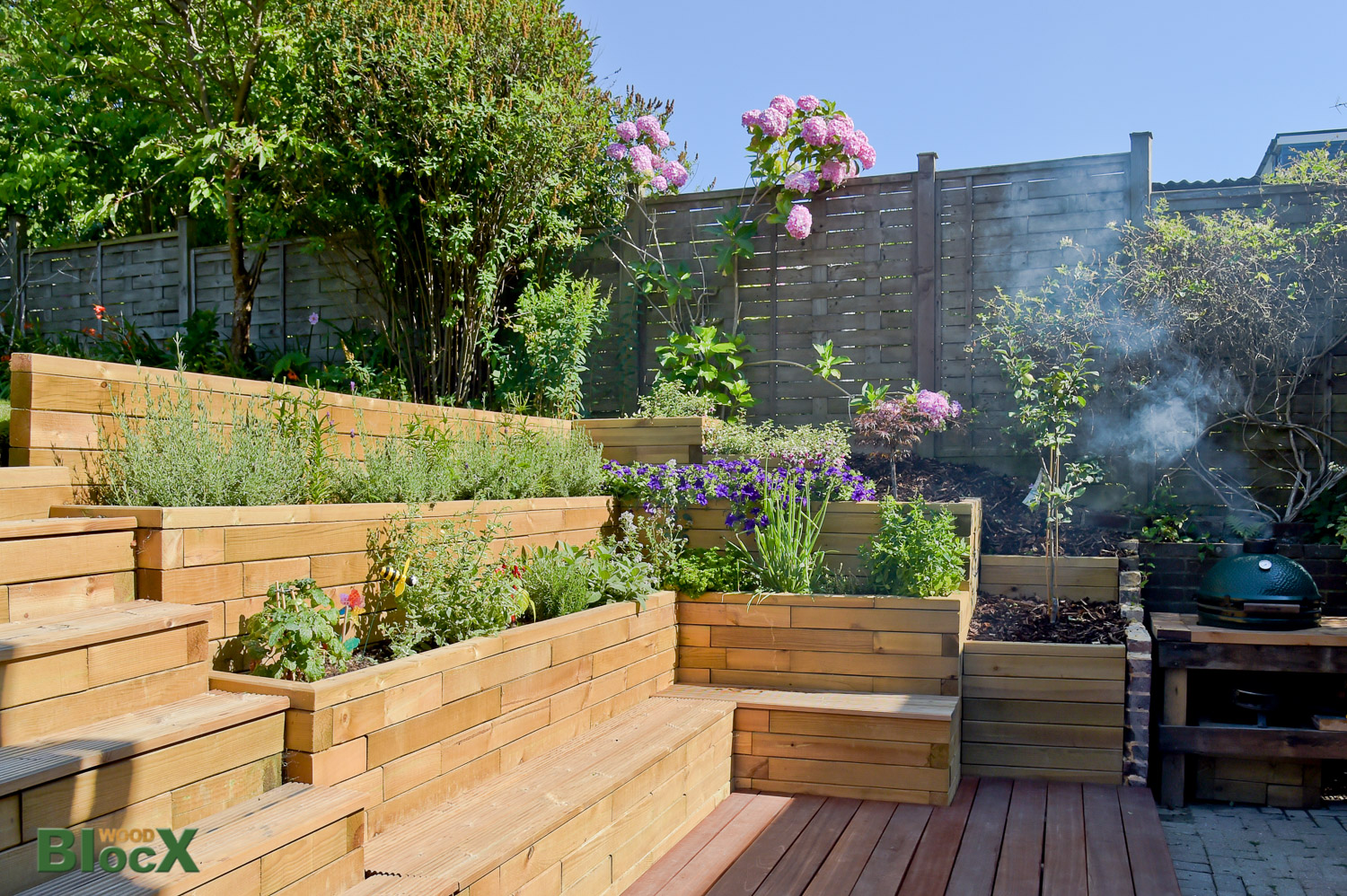 Ryan wanted to turn his garden into a space where he could spend time with his family and friends and have a barbecue. We worked with Ryan throughout the design process to help him create not only a project that was safe and durable, but one that he could achieve himself. We met with Ryan after finishing the project to see how he was doing. 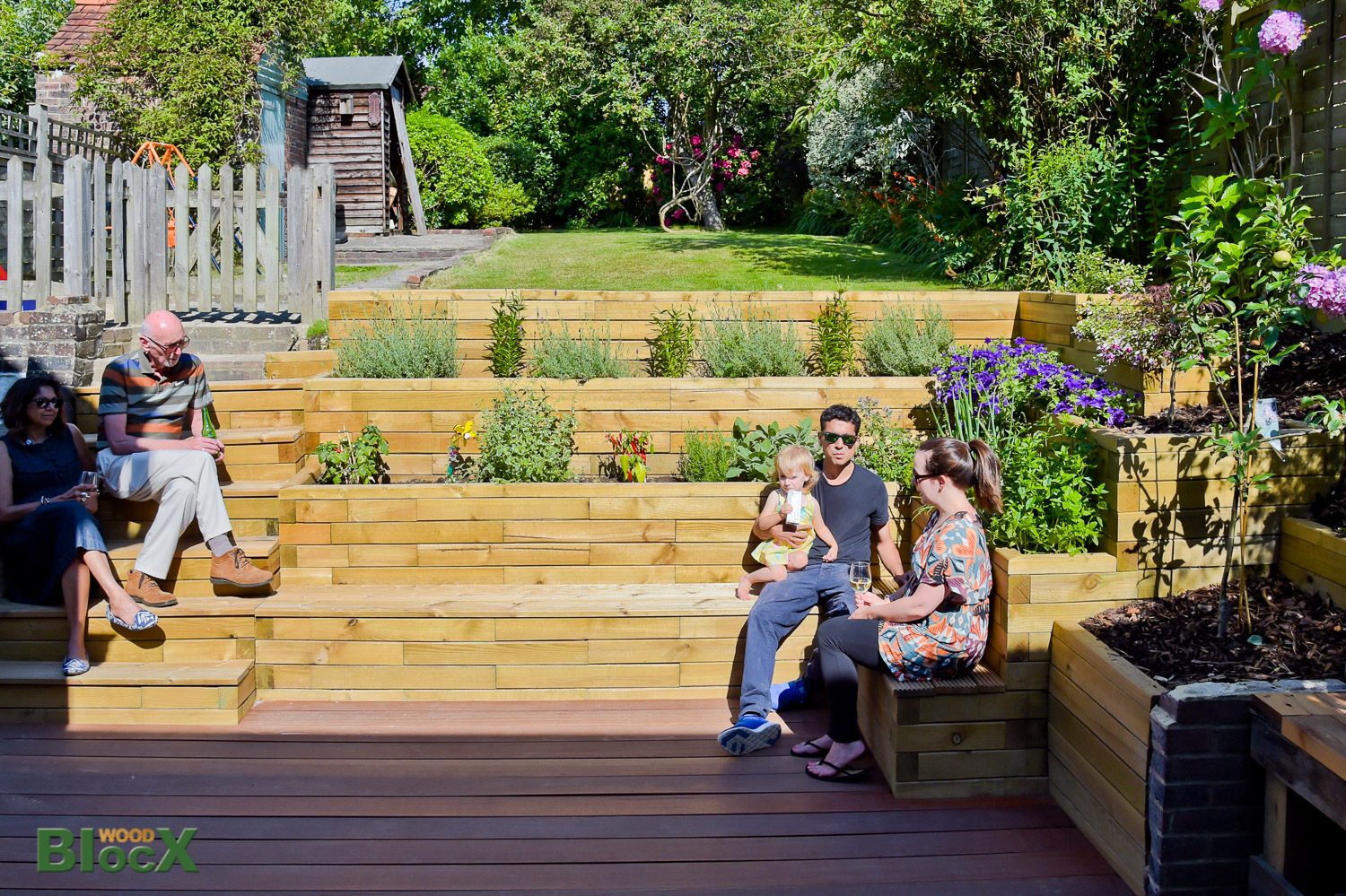 What was the project you wanted to do?
I wanted to build a retaining wall to create a space where I could put something. But when I came across WoodBlocX, I realized that I could do everything in one, the wall and the flowerbeds and the steps all at once. Instead of making them as separate projects, bring in a builder to make the wall, then try the planters.

I had a builder come to discuss the retaining wall, and he quoted £ 6,000 just to build the wall before we started making the steps, planters and benches. And I wanted as much as I could, but&rsquoNot a builder, so it was hard to know how much I could do. But with something like WoodBlocX and the free design service, I was able to talk to the guys and make sure what I was doing was going to be strong enough, and then I could do it myself. I tried to rough it out, and I think if I did it in an original way, without using WoodBlocX, I would have been run over £9,000, what it was like to be at least £6,000 just to get the retaining wall sorted by the builder. All in all, it saved me a lot of money.

How did you hear about WoodBlocX???
Google is the short answer… I googled retaining walls, originally there were 2 big planters in the room, about 6 feet high, and I wanted to get rid of them to develop the space, and what I thought I needed was a retaining wall. So I searched online and came across a number of options, including the bulkhead section of the WoodBlocX website. The maximum height, however, was given at 1.2 meters high, which wasnt ’Enough for what I intended to do, so I contacted the WoodBlocX design team to see if there was any way we could get it to work..

Why did you dare and chose WoodBlocX?
The free design service was a good part of the package, and I could do it all myself, I did not need any special skills or expertise that really appealed to me. And the price also .. if I look at other possibilities, the costs would be around £9,000 or £10,000, but with WoodBlocX, the total cost was less than half and there were no other costs. I could do everything myself.